This project review looks at the pilot of a new duo site: how it was used, feedback from participants, and learning points.

In September 2017 we introduced a different way for staff to familiarise themselves with duo and begin to make the most of its features: the Self-guided introduction to duo site, on duo itself. All staff new to the University in 2017-18 were enrolled, as well as anyone else interested in learning more about duo. In July 2018, all those enrolled on the site were asked to complete a short feedback survey, with 113 users replying. Here we review how the pilot went, drawing on the usage data and survey responses.

What is included on the site?

The Self-guided introduction to duo is divided into seven Units: 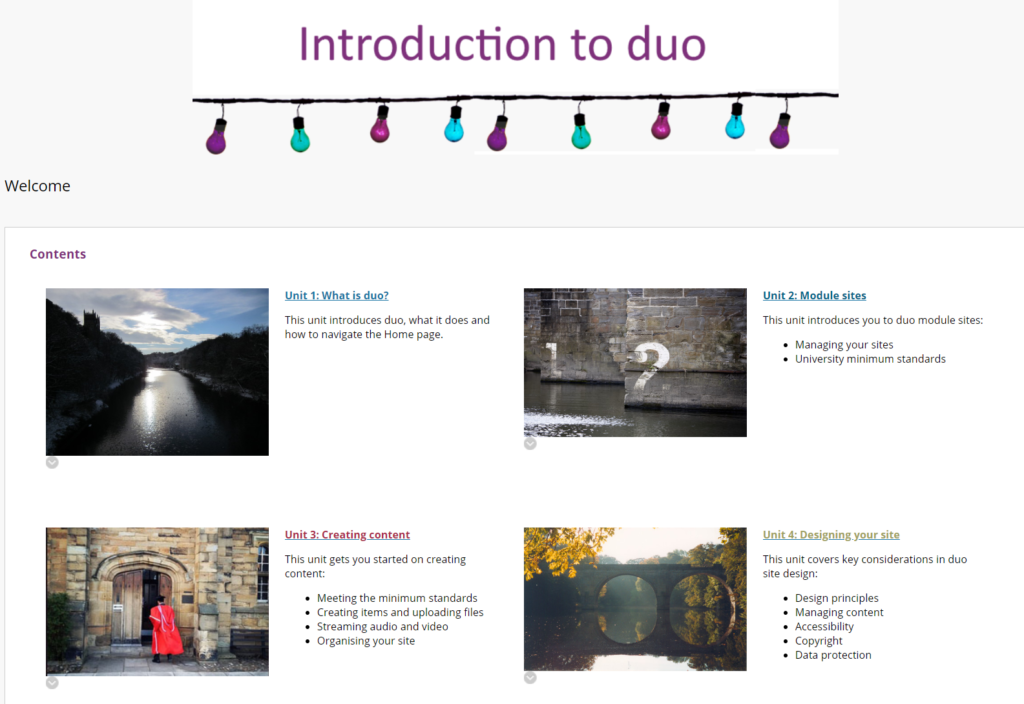 Participants are encouraged to proceed through the various resources in each Unit sequentially, as there are frequent opportunities to try out the duo features that are introduced. When one Unit is finished, the participant sees a completion icon and is encouraged to move on to the next Unit. However, we tried to design the site so that it is easy for users to dip in and out as they wish.

All of the how-to guides and videos on the site are pulled straight from Durham’s Digital Learning & Teaching website and the Blackboard Help site.

How much was it used?

62% of survey respondents didn’t know the site was there. 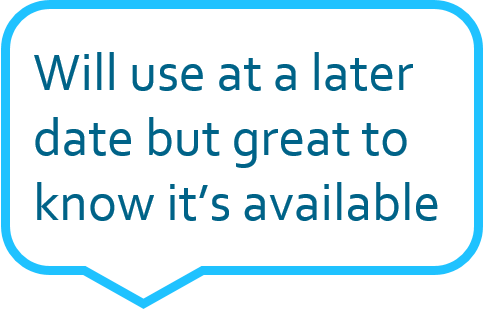 300 staff members accessed the site, although 104 only visited the first page.

Those who stayed on the site represent five times the number of staff members who attended face-to-face duo training in 2017-18.

58 users returned to the site more than once.

What was it used for?

26% of respondents said that they did not need an introduction to duo (e.g. they had used Blackboard before; they preferred to learn things on their own; they did not use duo in their role) Those who stayed on the site viewed content pages 803 times, an average of 4 pages per person. The ‘Navigating the duo Home page’ video was viewed by 32 people. For survey respondents who spent a significant amount of time on the site, both browsing the site and looking for something specific were the most common uses, followed by doing the activities and reviewing content in the suggested order.

What did the survey participants say? 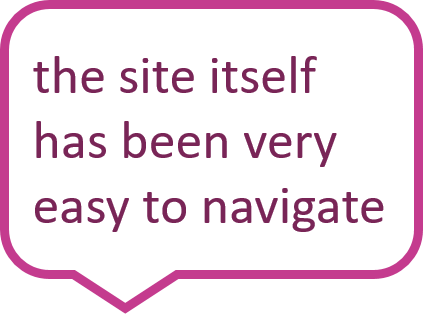 Eight respondents indicated that they did not have time to engage with the site, and two that there was too much content.

What are the next steps?

For 2018-19 we have improved the way that new staff are enrolled on the site so that now only staff who are already ‘Instructors’ on at least one other duo site are included in the Self-guided introduction to duo. This better targets those who would benefit from the site and improves our understanding of engagement. Of course, any staff member who would like access to the site can still request to be enrolled (via the Service Desk). For those who are most likely to find the site useful, we will adopt a more extensive communications strategy. This will involve departmental communications, Twitter, Dialogue and individual emails. As survey respondents’ feedback suggested that the majority of users were looking for specific information or quick guidance, we will add easily accessed guides and links for those who do not have time to work through all of the Units sequentially. To engage users from the beginning, we will improve the site home page so that it is more inviting and less focused on working through the Unit structure.