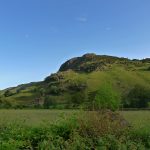 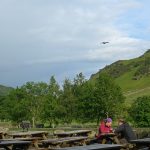 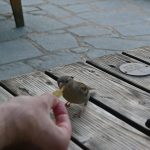 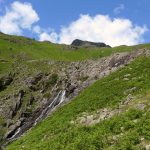 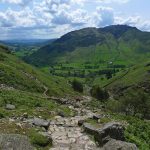 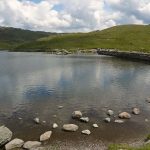 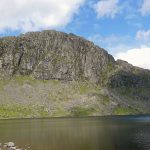 The curiously named Pavey Ark viewed from across Stickle Tarn. The ascent of Jack’s Rake is just visible from bottom right to top left. 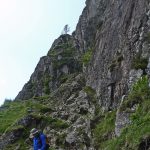 At the start of Jack’s Rake. Although not exposed, this ascent is a proper scramble – we suspect that the walker in blue had decided that this wasn’t his cup of tea and was beating a retreat! 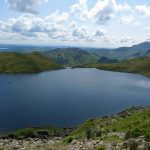 Looking back over Stickle Tarn. 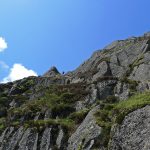 Nearly there! Just a short slabby stretch to go. 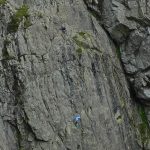 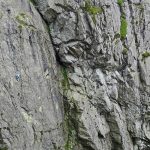 Rather than come down the way we came, we took a route over by Blea Rigg and down White Ghyll. Not one of Wainwright’s best routes it turned out, but the views of the climbers the crags opposite were amazing, if slightly stomach churning. 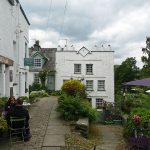 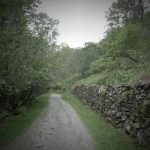 Experimenting with one of the camera’s many scene types – heavy vignetting in this picture of the lane up to High Sweden Bridge actually works quite well. 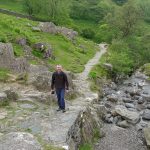