Pictures from a long weekend in early July in the southern part of the Peak District, based in the Derbyshire town of Wirksworth. 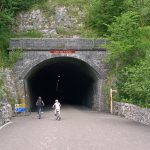 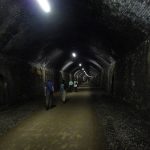 The Monsal Trail follows a section of the Manchester, Buxton, Matlock and Midland Junction railway along the River Wye. The railway was closed in 1968, and the tunnels were only recently re-opened (previously the trail involved significant diversions around the tunnels). 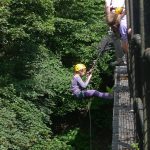 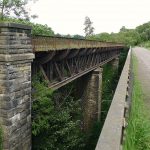 Millers Dale used to be such a significant station that there are two viaducts! The trail uses the older of the two. 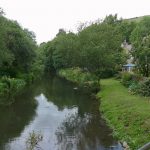 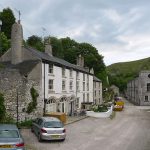 A diversion from the trail down to the Wye and Litton Mill. 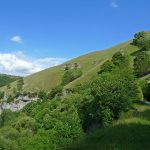 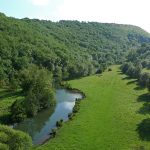 View south-west along Monsal Dale from the impressive Headstone Viaduct. 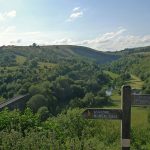 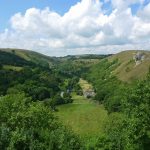 Views northwest from Monsal Head, with (L) the viaduct visible on the left. 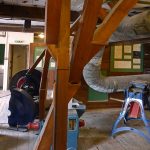 Pictures from Caudswell’s Mill, Rowsley; a “working” 19th C flour and provender (animal feed) mill in the sense that much of the machinery is still powdered, although not apparently in the sense the flour is still milled there! The mill was criss-crossed with wooden pipes carrying the flour. 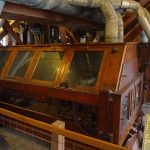 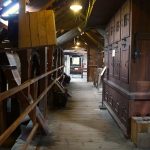 (L) a flour purifier, which separated the bran from the white flour, (R) dust extractor cabinets (right of picture). 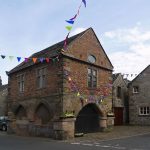 The Market House in a the picturesque village of Winster. 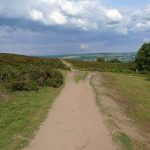 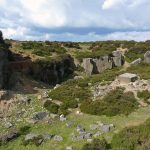 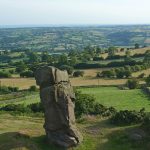 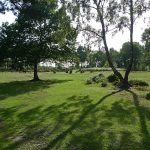 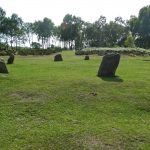 The moor has a number of stone circles, but by far the best preserved is the Nine Ladies. 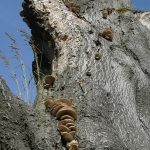 What looks to be a type of oyster mushroom growing on a dead tree at the edge of the moor.