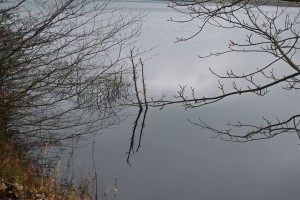 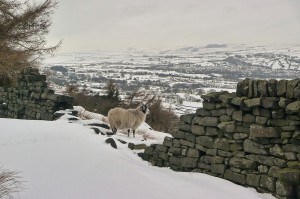 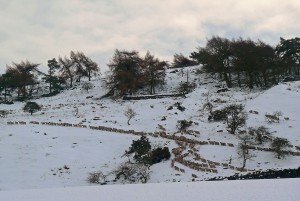 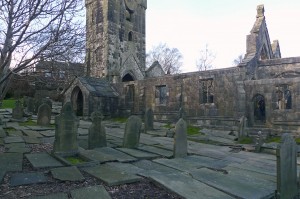 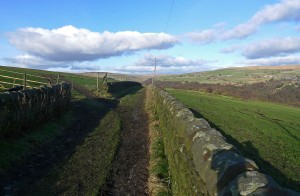 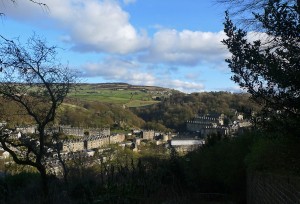 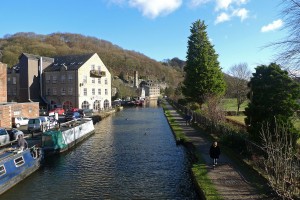 (L) View over Hebden Bridge on the way down from Heptonstall. (R) View east along the Rochdale Canal at Hebden Bridge. 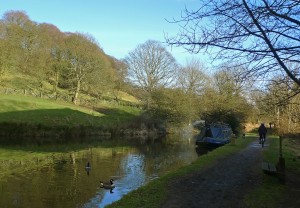 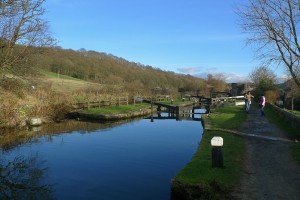 Views of the canal walking from Hebden Bridge to the oddly named former mill town of Mytholmroyd. 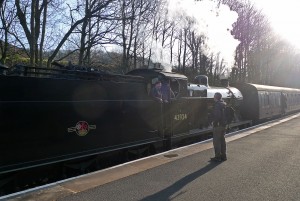 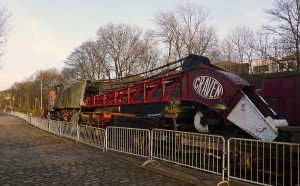 (L) Locomotive at Ingrow station on the Keighley and Worth Valley heritage railway. (R) Crane at Ingrow. 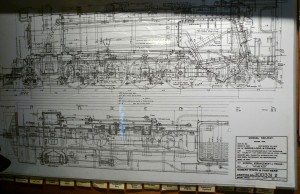 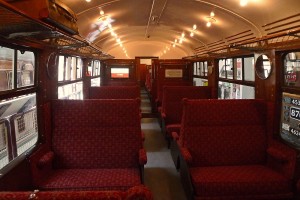 (L) Magnificent plans of a stream locomotive. (R) Rail travel as it ought to be – a carriage designed by Oliver Bulleid at the Musuem of Rail Travel. 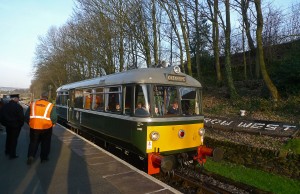 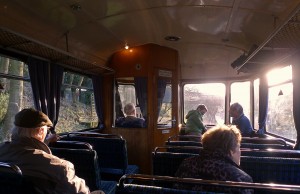 (L) Diesel railbus at Ingrow. (R) The cosy interior the railbus, on the way to Damems, the smallest standard-gauge railway station in the UK. 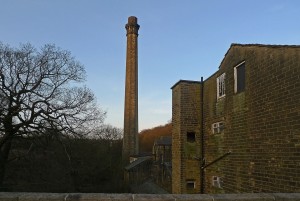 The rather sad remains of Ebor Mill, a former worsted mill in Haworth established c1819. The main mill building was destroyed by a fire in 2010.