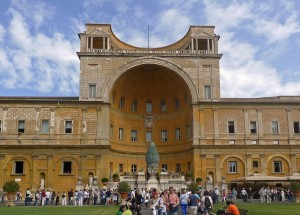 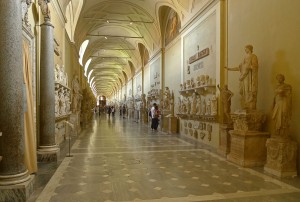 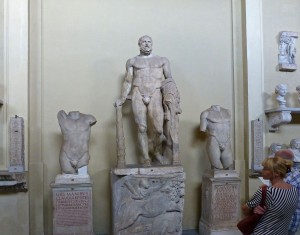 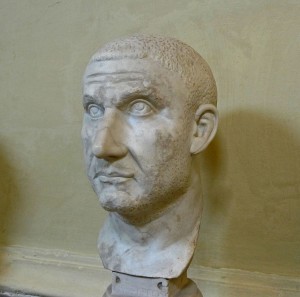 Statues and busts in the Museo Chiaramonti. Note the fig leaves delicately covering the male gentalia. While such fig leaves were first mandated by Pope Paul IV in 1557, it is thought that Innocent X (1644-55) was responsible for the most ardent hiding of private parts (to the point of having exposed penises chiselled off). 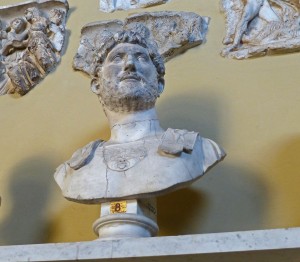 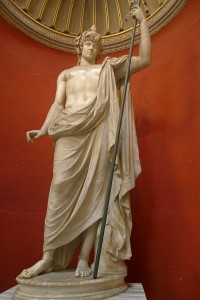 (L) The distinctive bust of Hadrian and (R) his “favourite” Antinous (as the displays delicately phrased it). 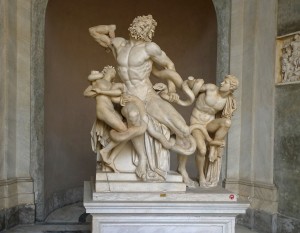 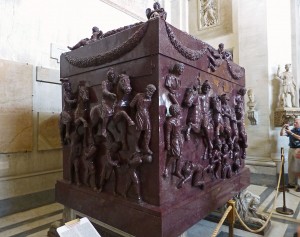 (L) The famous statue of Laocoön and his sons was bought by Pope Julius II when it was unearthed in 1506, and was the very first exhibit in what was to become the Vatican Museums. (R) The magnificent red porphyry sarcophagus thought to be of Empress Helena (mother of Constantine). 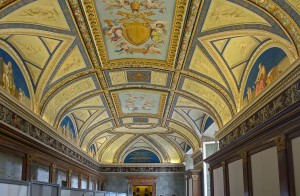 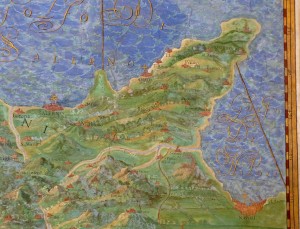 (L) Magnificent ceiling decorations and (R) map of the Sorrentine peninsula in the Gallery of Maps. 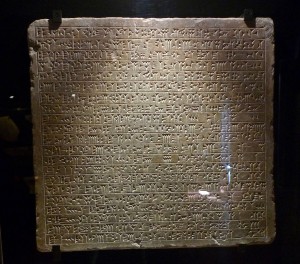 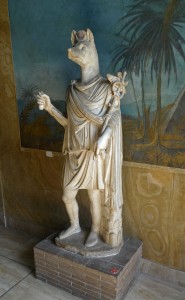 (L) Cuneiform tablet and (R) a statue of the diety Hermanubis, an odd hybrid of the Greek god Hermes and the Egyptian Anubis. 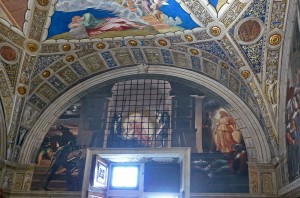 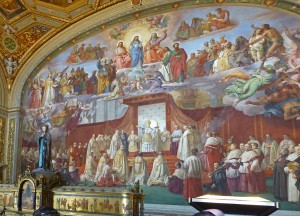 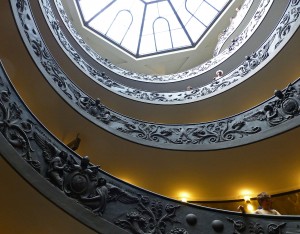 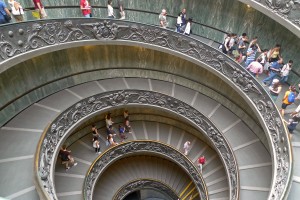 This extraordinary spiral staircase at the exit of Vatican Museums dates from 1932. The double helix allows separate streams of traffic up and down, although it seems here only to be used for descent. 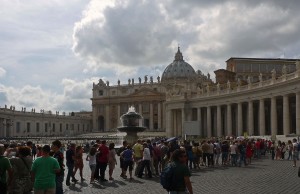 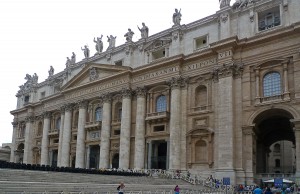 The frontage of St. Peter’s basilica. 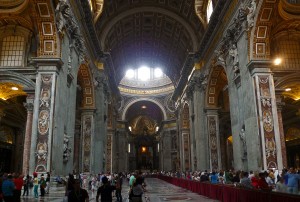 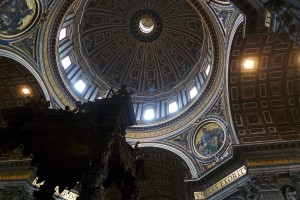 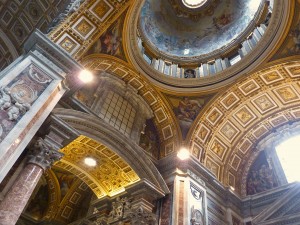 Details of the ceiling, with Bernini’s baldaquin over the altar in the bottom left.

This entry was posted in Europe (other), Historical, Places and tagged art, cathedral, Italy, museum, Romans, statue. Bookmark the permalink.