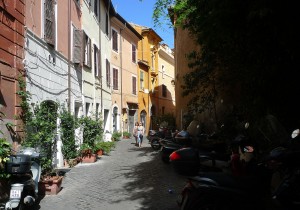 Street in the quirky Trastevere area of Rome; the name means across the Tiber, as it lies on the other (the Western) bank of the Tiber from the ancient heart of the city. 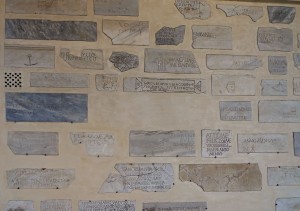 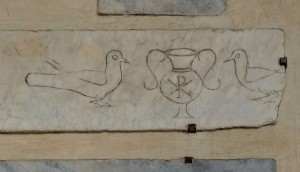 The portico of the basicila of S. Maria in Trastevere is decorated with fragments of early Christian funerary inscriptions. (R) classical Christian symbols of doves, the eucharistic cup, and the chi-rho. 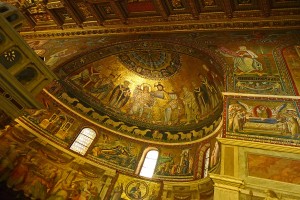 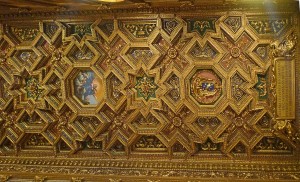 S. Maria in Trastevere is one of Rome’s earliest churches, with the original structure thought to date from the early 3rd C. The magnificent mosiacs at the left are 13th C. 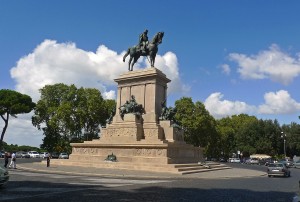 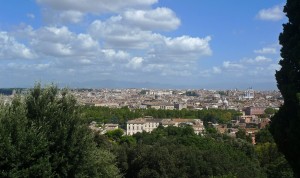 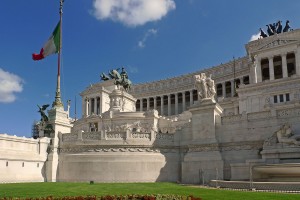 Back in central Rome, at the somewhat brash Victor Emmanuel monument. 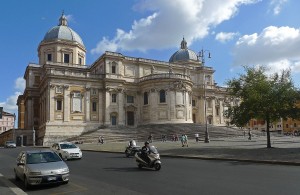 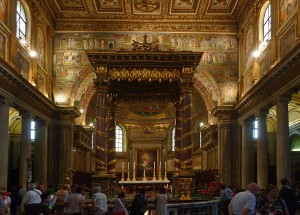 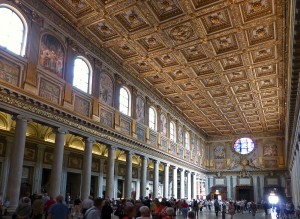 Interior of the huge basilica. 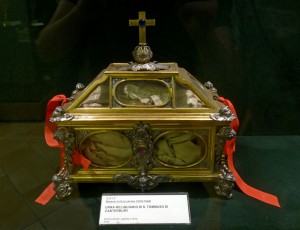 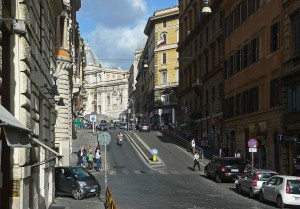 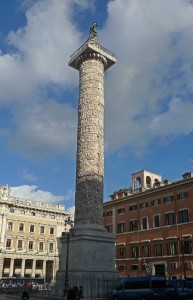 This entry was posted in Europe (other), Historical, Places and tagged art, cathedral, church, Italy, Romans, statue. Bookmark the permalink.