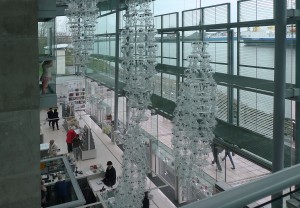 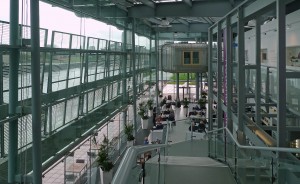 Main hall of the National Glass Centre, Sunderland. (L) It would have been good to see the chandeliers made of radiometers with some sun on them! 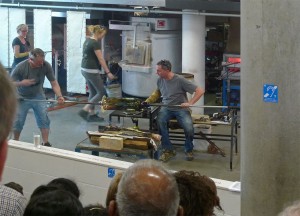 Former employees of a now-closed local glass factory demonstrating their skills, making a large cylinder of coloured glass. Sunderland used to have a number of glass factories, but these have all closed. 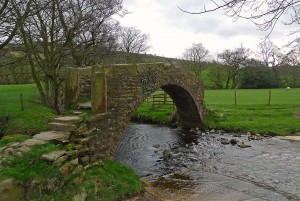 Abandoned bridge in the Worth valley near Haworth. 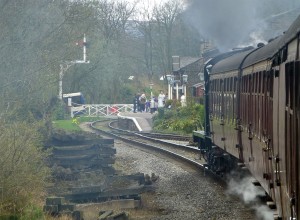 On the train between Haworth and Keighley. 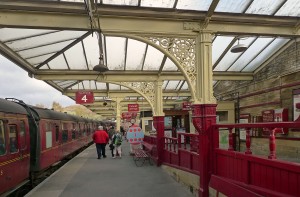 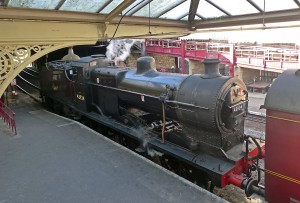 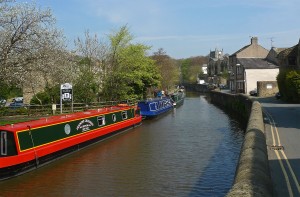 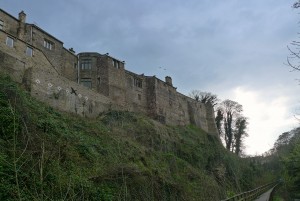 (L) The short Thanet canal runs from a junction with the Leeds-Liverpool canal and behind (R) Skipton castle. 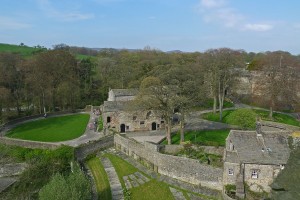 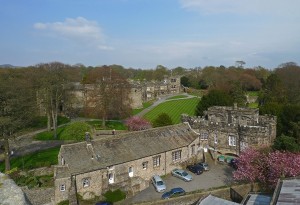 Views from the tower of the parish church of Skipton over the castle. The tower happened to be open for tours and demonstrations of bell ringing. 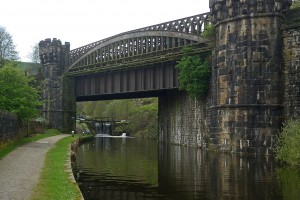 Railway viaduct over the Rochdale canal, south of Todmorden. Later modes of transport were not so accommodating; the building of the M62 motorway cut the canal in two, and an alternative route needed to be built when the canal was gradually re-opened for navigation in the 1990s. 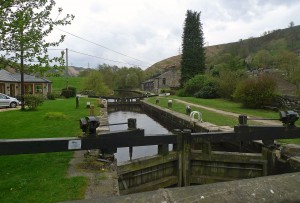 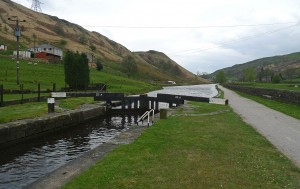 (R) Looking towards the summit pool, 600 ft (183 m) above sea level, contrasting with other canals across the Pennines which use tunnels e.g. the Huddersfield Narrow Canal. 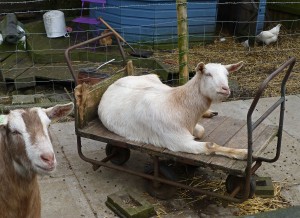 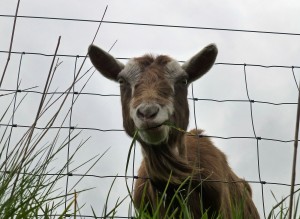 Goats seemed to be popular along the route!