Pictures from a long weekend in May in the Scottish Borders, near Melrose. 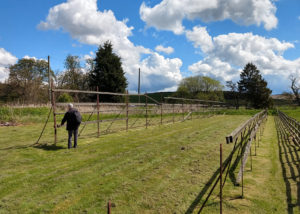 Tenter frames at Otterburn Mill (amongst the last thought to be intact) used keep cloth stretched as it dried. 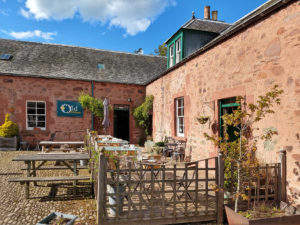 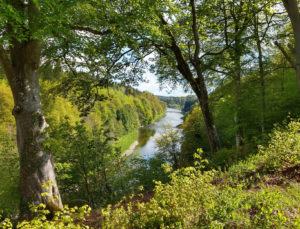 (L) Old Melrose is the site of the original Melrose Abbey, founded by Aidan in the 6th C. The original name, Mailros, refers to its site on a peninsula around which the Tweed loops. The new Cistercian abbey was built a few miles to the west in the 12th C. (R) View of the Tweed from Old Melrose. 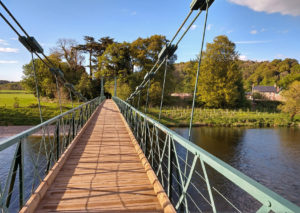 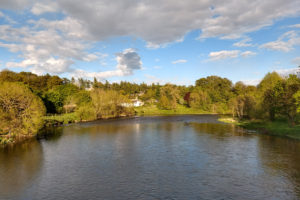 Views of the Tweed at Newtown St. Boswells. 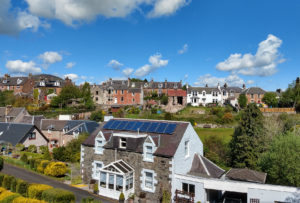 Newtown St. Boswells is actually quite an old town (16th C) and was simply known as Newtown until it acquired a railway station (on the famous Waverley route). The station was named “Newtown St. Boswells” to link it to the nearby village of St. Boswells (named in turn after the monk Boisil). 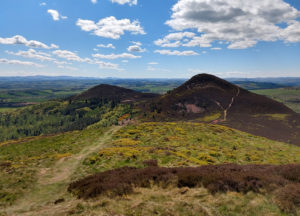 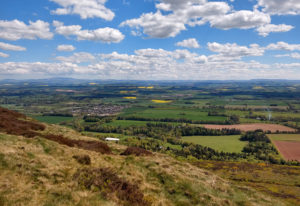 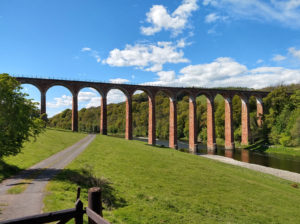 The magnificent Leaderfoot viaduct over the Tweed was nearly demolished in 1981! 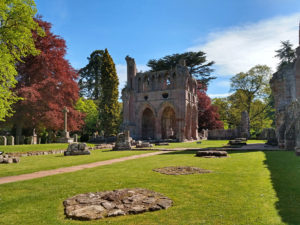 The beautifully sited Dryburgh Abbey (Premonstratensian) is just across the Tweed from Newtown St. Boswells (although a long journey by road!). 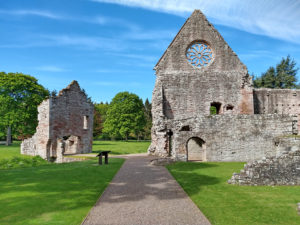 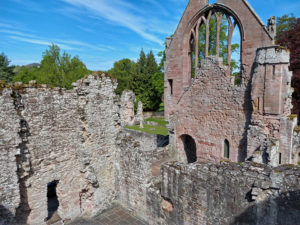 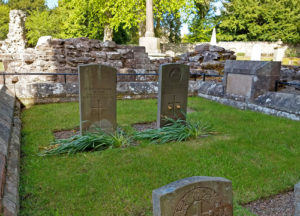 The graves of Field Marshal Douglas Haig and his wife within the ruins of Dryburgh Abbey. Touchingly, the graves have the plain stone markers matching those of the many WW1 soldiers buried in Commonwealth war graves that Haig commanded. 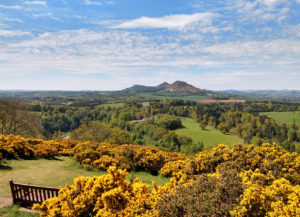 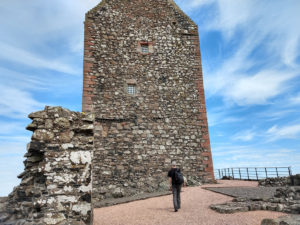 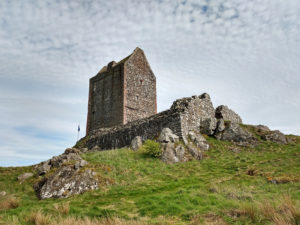 The brooding defensive stronghold of Smailholm Tower (Historic Scotland), one of the many fortified towers in the often troubled Borders region.